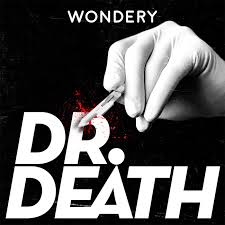 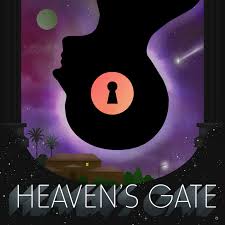 So I will be the first to admit, that for the longest time I had no clue what podcasts were. I did not understand the allure of them at all. People kept talking about “S-town” and “Serial” and I was baffled. By the way, I still need to listen to those haha.

Then one day, I clicked the podcast button on Spotify and my life was forever changed. Before I lead into what podcasts I recommend you should listen to, let’s look at what a podcast is. A podcast is a digital audio file made available on the Internet for downloading to a computer or mobile device, typically available as a series, new installments of which can be received by subscribers automatically.

It’s like if an audiobook and a tv show had a baby haha.

Anyway if you’re a newbie into the podcast world, here are a few I think you should listen to. The numbering means nothing beyond how many podcasts I really really love.

“The podcast tells the story of Christopher Daniel Duntsch, who is a former neurosurgeon who has been nicknamed Dr. D. and Dr. Death for gross malpractice resulting in the death and maiming of several patients while working at Baylor Plano and Dallas Medical Center.”

“Season 2 focuses on the disappearance of young mother Kristal Reisinger from a remote mountain town in Colorado. Up and Vanished aims to tell compelling, true stories and give these cases the exposure they deserve.”

“The Teacher’s Pet is a podcast hosted since May 2018 by Australian journalist Hedley Thomas. The podcast is an investigation into the disappearance of Lynette Dawson. She was the wife of rugby league player and teacher Chris Dawson and disappeared without a trace in 1982.”

“Debra Newell is a successful interior designer. She meets John Meehan, a handsome man who seems to check all the boxes: attentive, available, just back from a year in Iraq with Doctors Without Borders. But her family doesn’t like John, and they get entangled in an increasingly complex web of love, deception, forgiveness, denial, and ultimately, survival.”

“Monster: The Zodiac Killer’ dives into one of the most notorious, unsolved serial killing sprees in history. Despite sketches, cyphers and taunting letters to the press, the question still remains: who is the Zodiac? ”

“History is full of stories we think we know. They are old and dark, but time has robbed us of perspective and clarity. They’ve become obscured and misunderstood. Which is why this series exists: to dig deep and shed light on some of history’s darkest moments. To help us better understand where we’ve come from. To make it Unobscured. Each season pairs narrative storytelling from Aaron Mahnke, creator of the hit podcast Lore, with prominent historian interviews.”

Season One: The Salem Witch Trials

“For Melissa Moore, 1995 was a nightmare. That’s the year the teenager learned her father, Keith Hunter Jesperson, was a serial killer. It’s also the year Melissa Moore’s doubt spiral began: When you look like your father, and you share his intelligence and charisma, how do you know you’re not a psychopath, too? Happy Face is the story of Keith Hunter Jesperson, his brutal crimes, and the cat and mouse game he played with detectives and the media. But it’s also the story of the horrific legacy he gifted his children. Join Melissa Moore as she investigates her father’s crimes, reckons with the past, and wades through her darkest fears as she hunts for a better future”

“Season 1: Missing & Murdered: Who Killed Alberta Williams? explores how a chilling tip sparked the CBC’s Connie Walker to uncover secrets and confront a suspect in a decades-old cold case.”

“Season 2: Where is Cleo?  Taken by child welfare workers in the 1970’s and adopted in the U.S., the young Cree girl’s family says she was stolen, raped and murdered while trying to hitchhike back home to Saskatchewan. Host Connie Walker joins their search.”

“In 1997, thirty-nine people took their own lives in an apparent mass suicide. The events captivated the media and had people across the planet asking the same question…‘Why?’ 20 years later, those who lost loved ones and those who still believe – tell their story. ”

“Markis, Hannah, Devonte, Abigail, Jeremiah, and Sierra Hart—six beautiful black children, ranging in age from 12 to 19—were all adopted by Sarah and Jennifer Hart, both white. On Jen’s Facebook page, it looked as if they were the perfect blended family, even earning the nickname “Hart Tribe” from friends. Then, on March 26, 2018, the family’s GMC Yukon was found belly-up on the rocks below California’s Highway 1. The news of the murder-suicide shocked their friends and made national headlines, leaving many wondering what possibly led to the fatal crash. Could these lives have been saved? Broken Harts, a new podcast from Glamour and HowStuffWorks, investigates this question with more than 30 never-before-heard interviews. Cohosts and Glamour editors Justine Harman and Elisabeth Egan and reporter Lauren Smiley follow the family’s journey from South Dakota through Minnesota, Oregon, and Washington, and finally to that 100-foot cliff in California.”

“We all have limits. And some people who are pushed beyond those limits will do unspeakable things. In “Tally,” the first season of OVER MY DEAD BODY, Dan and Wendi are two good-looking attorneys whose wedding is featured in the New York Times. But when this “perfect” couple falls apart, it leads to a bad breakup, a worse divorce, and a murder case involving a menagerie of high-priced lawyers and unexpected co-conspirators. From Wondery, the team that brought you “Dirty John” and “Dr. Death,” “Tally” is a story that says as much about love and marriage as it does about justice, revenge, and the lengths some people will go to get what they want.”

“Why do guys just want to f*ck you once then stalk your Instagram forever? Should you ditch the apps and meet people in the wild? How do you get over a breakup when you feel like you’re gonna die? These are all topics discussed on Girls Gotta Eat — a hilarious podcast from Rayna Greenberg (@OneHungryJew) and Ashley Hesseltine (comedian + creator of @BrosBeingBasic)”

“Welcome to the “A Little Salty” podcast! Your co-hosts Jen & Bailey bring to you their real life take on all things health and wellness and life in general. Covering topics like weight loss, health, the Paleo diet and Whole30. All wrapped up with a dash of sass and a sprinkle of sarcasm!”

Hi my name is Gabby, 28 and I work full-time as an accountant and I got my MBA part time while still working. I have always been one busy bee, even before graduate school. Post-undergrad, I worked at a public accounting firm AND was studying for my CPA. My first year post grad, working crazy hours and trying to pass a beast of exam, took a toll on my body, my mental capacity and brain power. I started the Whole30 journey in January 2016 and fell in love with how I felt. But let me tell you it took some adjustments like setting aside time to meal prep and realizing I may not be able to a make a certain recipe because I just don't have the time due to studying or busy season. A lot has changed since then, I've switched jobs and passed my exam, but one thing stays consistent...I stilllove to cook efficiently. I've yearned all my life to have that "I am sexy" confidence and with healthy eating and exercise, I'm getting there. I started this blog to help others who are in a similar position as me, who want to become the best version of themselves but with realistic expectations. For the busy moms, for the students, and for overworked accountant, these are my stories and recipes on how to live a simple easy whole life. View more posts